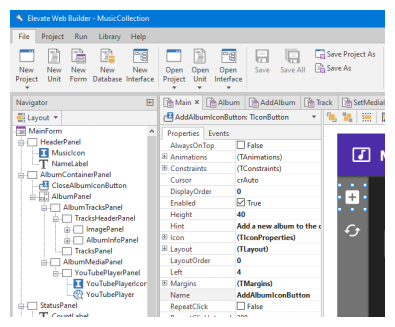 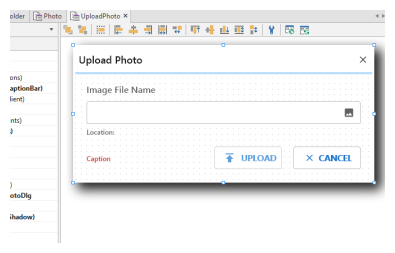 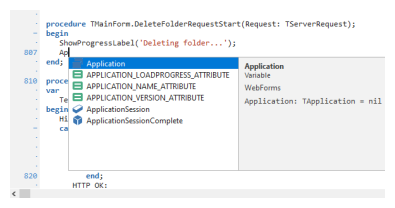 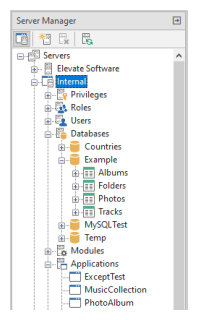 Web ServerElevate Web Builder also includes an easy-to-use, production-quality web server with smart security features that can be deployed to unlimited machines/VMs without any further licensing costs. The web server includes an API for administration in order to facilitate easy remote server management and monitoring, as well as APIs for authentication, database access, and server application debugging/execution. The web server is provided as both a 32-bit and 64-bit Windows service for production deployment, and for ease of use, the web server is built into the IDE for local development purposes and is also provided as a 32-bit console application for testing external web server configurations interactively using a command window.


Language and Compiler FeaturesThe language used by Elevate Web Builder is an Object Pascal dialect that retains as much compatibility as possible with the Object Pascal language used by the Delphi development environment from Embarcadero Technologies. Object Pascal is a highly-structured, statically-typed, object-oriented language that is also simple to use due to its English-like keywords and statements. The Elevate Web Builder compiler takes advantage of the statically-typed nature of the Object Pascal language to enable productivity features like code assistance, declaration cross-referencing, and dead code elimination. Both client browser applications and server applications use the exact same language, which maximizes code-sharing between both client and server application projects and reduces the context-switching associated with using multiple web application development technologies/languages in the same project.

Some of the features of the language and compiler are: 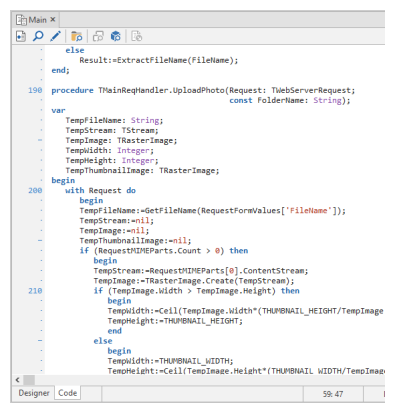 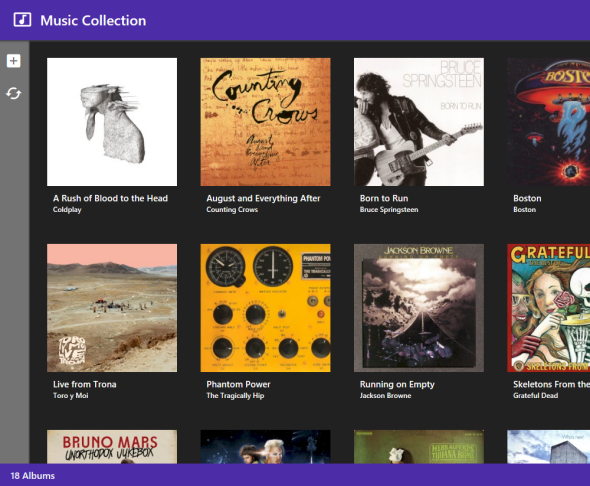 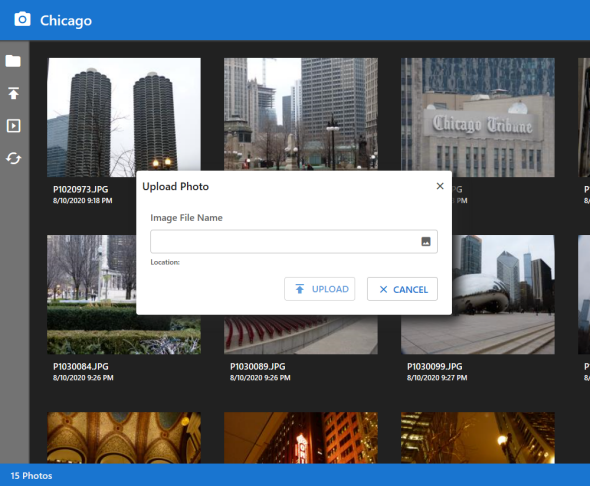 
Ordering is fast, easy, and secure, and you can be installing Elevate Web Builder within the hour.
Order Now »


You can download a trial version of Elevate Web Builder and evaluate the product before your purchase.
Download Now »