Published on Fri, Oct 16 2015
The following case study was provided by:

The Canadian Meteorological Aviation Centre ("CMAC") of Environment Canada is responsible in providing weather forecasts for the Air Navigation System in Canada. These forecasts products are provided under a contract with NAV CANADA, which is responsible for air navigation in all of Canada.

A staff compliment of about 100 aviation meteorologists provide these forecasts from a 24/7 mission critical operation, with our office co-located in Edmonton, AB and Montréal QB.

We would like to thank Bruno and all of the hard-working developers at CMAC, as well as the citizens of Canada, for allowing us to share information about their work with Elevate Web Builder.

Project "TafTime"The CMAC provides terminal aerodrome forecasts ("TAFs") to 200+ airports in Canada. These forecasts are issued/amended during the day, typically about 1000 TAFs are issued in Canada in a single day.

A TAF is composed using numerous data sources and can be a fairly complex task. A "worksheet" was developed which collects/processes and displays key elements to assist the forecaster who writes the TAF. This is in the form a a height-time diagram (also called "meteogram"). Height is the Y axis, from surface to 50,000 ft, and the X axis in time (30 hrs in the future).

Our legacy "TafTime" system was first built in 2001. Although stable and reliable, this was a fairly complicated system which had become difficult to update and maintain. 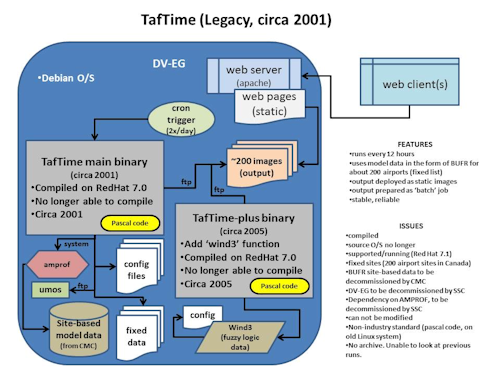 With the advent of Elevate Web Builder, the CMAC launched a project to convert our legacy "TafTime" to one which would be based on EWB.

This project, which involves thousands of lines of code for meteorological processing was converted to a much simpler design in a record time of about 40 person days (including design/development/deployment/management). The result is a high-performance system with an elegant and simple design, all the while adding many new features including an interactive interface.

The new "TafTime" has now been deployed in our offices and is being used heavily to assist our forecasters on a 24/7 basis. This effectively means that almost all commercial flights in Canada have an important component of their flight planning based on output from TafTime which was used to assist in the composition of the TAF. 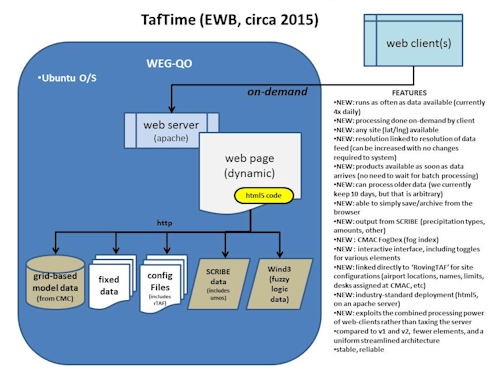 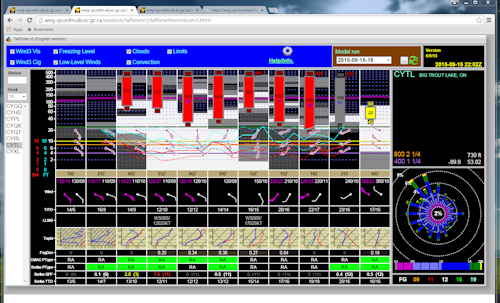 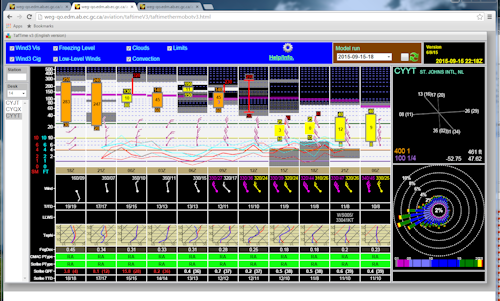 Project LLWS CalculatorThis project involves an interactive "calculator" for computing Low Level Wind Shear which can have very important impacts to aviation operations. Such projects have existed in the past, but typically consisted of non-interactive text based calculators, or compiled applications.

This project used EWB to replace our existing calculators and is now deployed as a "web app" in our aviation forecast offices. It was a "proof of concept" test to show whether EWB had the depth we might require for more significant projects. The results were very promising and encouraged us to go further.

The interface is interactive and the user is able to do the wind shear calculations with a few simple mouse movements. 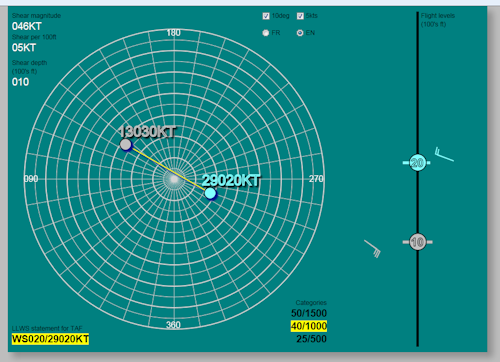 Project "Walt"Walt is a wind and visibility alerting display system that is used to display a 2 hour history of 1-minute interval winds/visibility measured at major airports in Canada. This helps forecasters in issuing more accurate wind forecasts which can be critical for airport operations. Further, the system introduces alerting to notify the forecast of significant wind changes.

Walt never existed until EWB became available. It was our first data-driven "test" project, and the results were very promising. Walt is now deployed at the aviation forecast offices in Canada where it is used to continuously monitor winds/visibility. 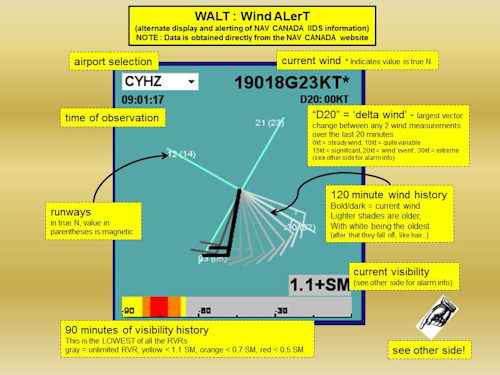 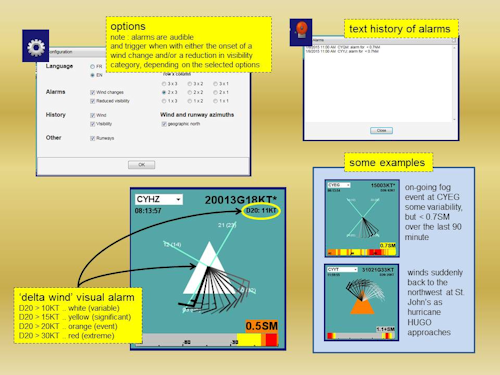 The following screen shot shows an alert of wind shear/reduced visibility being triggered at St John NFLD and GANDER NFLD with the approach of hurricane Hugo: 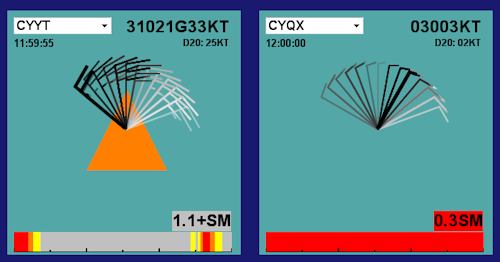 EpilogueElevate Web Builder has now been added to our database of "approved software" for internal development at Environment Canada. It was recognized that it provided a tool which would help the organisation simplify and streamline existing aging legacy applications. In addition, it was recognized as an excellent platform for prototyping new ideas.

Several other projects are now about to begin to further streamline our operations and modernize some of our production tools and utilities. In particular, we are now looking at converting legacy database applications to an EWB webapp deployment.