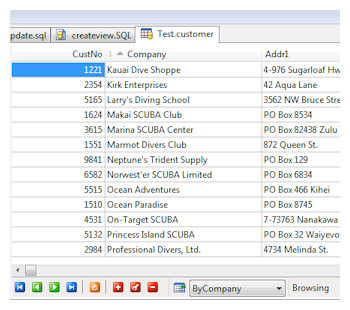 ElevateDB supports both navigational and SQL access methods. This means that you can:

This gives you the best of both worlds, without sacrificing performance or functionality. ElevateDB is engineered to support both types of access, so you will not encounter performance issues when browsing large tables with the TEDBTable component, or selecting a single row for update with the TEDBQuery component.
SQL Support 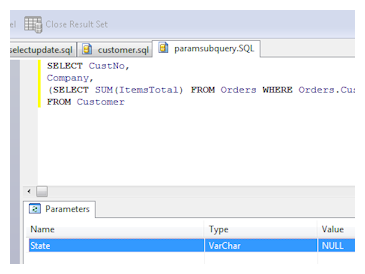 ElevateDB supports a large subset of the SQL-2003 SQL language for DML (data-manipulation) and DDL (data-definition) statements, and includes the following features: 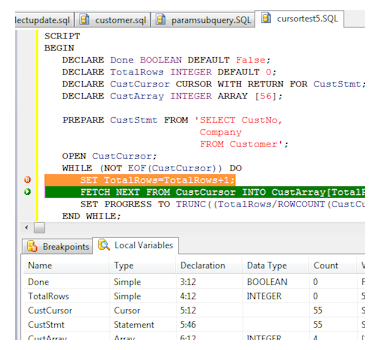 ElevateDB supports a variant of the SQL-2003 SQL/PSM language for scripts, jobs, stored procedures, functions, and triggers that is geared towards dynamic SQL, and includes the following features:

Using the SQL/PSM functionality in ElevateDB, any database can be programmed to operate with any client access type interface (Delphi/C++, ODBC, .NET, Java) without requiring any specific client-application code.
Replication 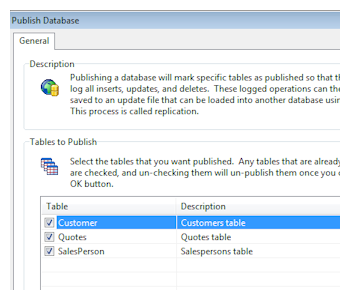 ElevateDB includes an extremely flexible replication system that consists of the following features: 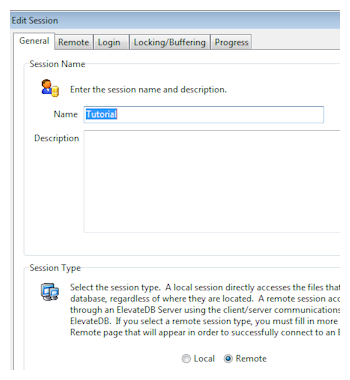 Changing between local and client-server access requires a simple modification to the TEDBSession SessionType property. ElevateDB C/S access is automatically optimized for most LAN/WAN implementations, with features like:


Ordering is fast, easy, and secure, and you can be installing ElevateDB within the hour.
Order Now »


You can download a trial version of ElevateDB for Delphi or C++Builder and evaluate the product before your purchase.

Unfortunately, due to the architecture of the Lazarus IDE, we are unable to provide a trial version of ElevateDB for Lazarus.
Download Now »