Things have been very quiet around here lately, so I thought I would update everyone on the status of Elevate Web Builder, ElevateDB, and DBISAM, as well as give more information on some general changes occuring here at Elevate Software. 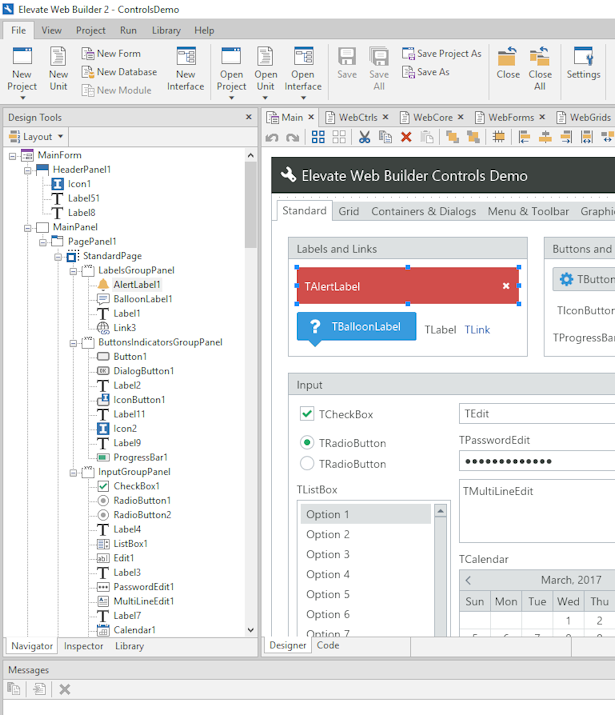 I just wanted to take some time to update everyone on the (now) very-late 2.07 update to Elevate Web Builder and solicit some comments on potential areas of improvement in the IDE. I also figured that I would do this in a proper blog post, primarily because I don't blog enough about what's going on here at Elevate Software and this is an effort to change that.

At this point, I'm hoping that we can get a public beta out before Christmas. However, in the meantime, I need some input from everyone on any minor changes that they want to see in the IDE that aren't there currently. What I mean by "minor" are features that are useful for productivity or usability and are mostly cosmetic. Features like code completion or other related code editor features rely on incremental compilation improvements to the Elevate Web Builder compiler, and will be coming next in the compilation improvements to the Elevate Web Builder compiler. So, those types of features are not what I'm looking for. For example, a component navigator was added to the IDE for 2.07 that allows you to see the designer components in a treeview on the left. The component palette was also changed so that it shows the name of the component in addition to the component icon. Things along those lines are what I'm looking for, especially if it deals with improving the productivity or usability of the IDE.

Thanks very much for your feedback.

Just a quick status update on all of our products, and some notes to address various issues:

The latest scheduled release date was December 15th, but unfortunately we're going to miss the release date again. At this point, I'm not going to be posting any more scheduled release dates until the product is completed. In general, circumstances have not been very cooperative this fall, especially with our internal systems. We've had to cope with a server hard drive crash (again), having to put in a new replacement server, a router failure, a power supply failure on our order processing server, and had to re-work our entire build systems for the Delphi XE2 releases. All of this has killed at least a month and a half of work that was supposed to be used finishing up Elevate Web Builder and moving on from there.

Please check in here periodically to see any updates on the product release, and thank you for your patience.