Blasts from the Past

Posted by Tim Young on Mon, Nov 15 2010
I thought that some of you would get a kick out of these ads that appeared in some magazines (DBMS, Dr. Dobbs) back in the early 90's (click on the link above each image to see the full version). You'll have to forgive the snarky comments, but wow, were some of the claims made in these ads bold. The times definitely have changed...feel free to reminisce in the comments. 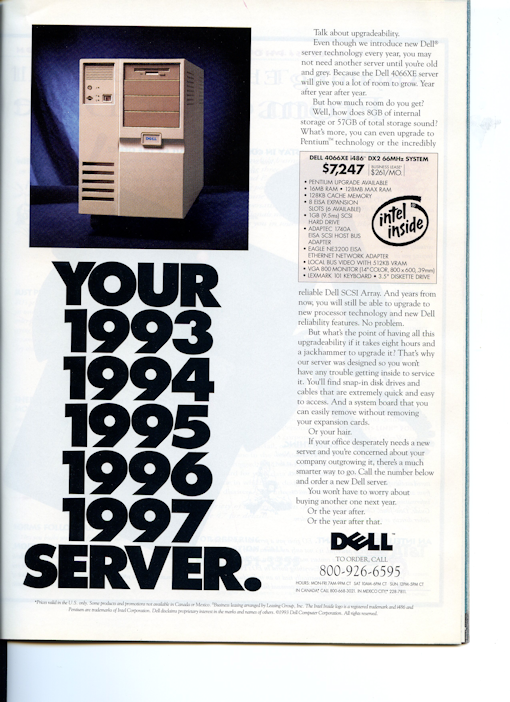 Here's Borland, reassuring all Ashton-Tate customers that dBase is going to be in good hands (it wasn't, but not because of Borland, rather because it was dBase): 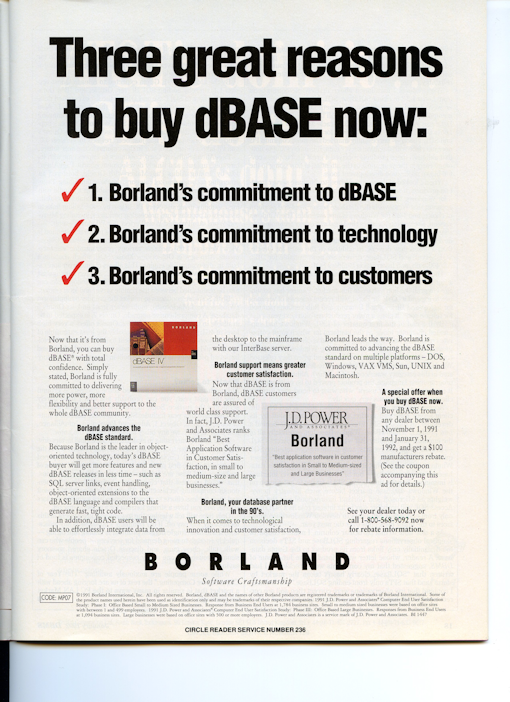 A Visual Basic ad, back before Delphi came along and put the whole thing to shame (Visual Studio eventually caught back up): 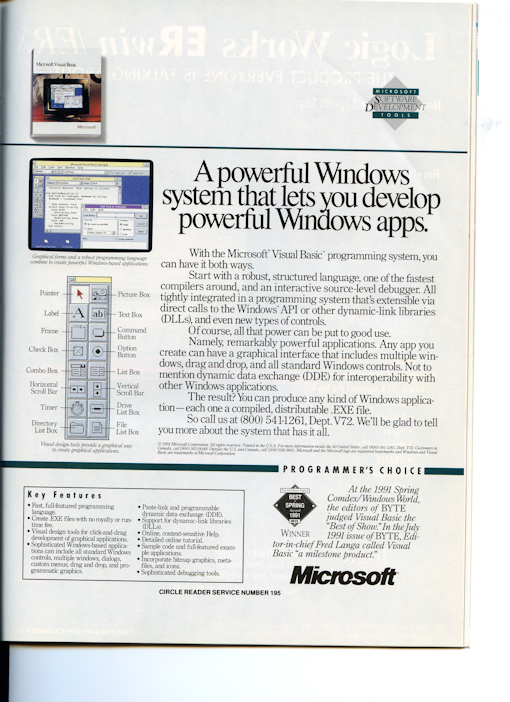 Here's a Paradox ad with a funny little bit about "see your dealer", which most people today might not quite understand: 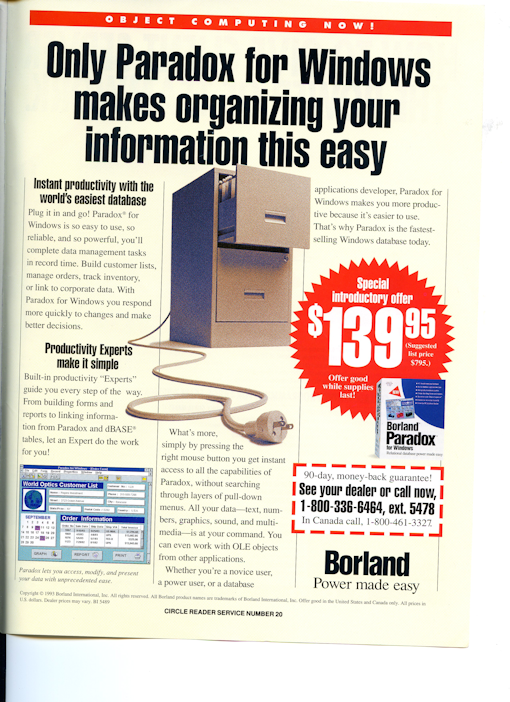 This one is a good lesson on why writers should stop trying to predict the future. Yes, some of their points are still valid, but it is 17 years later and SQL is still going strong: 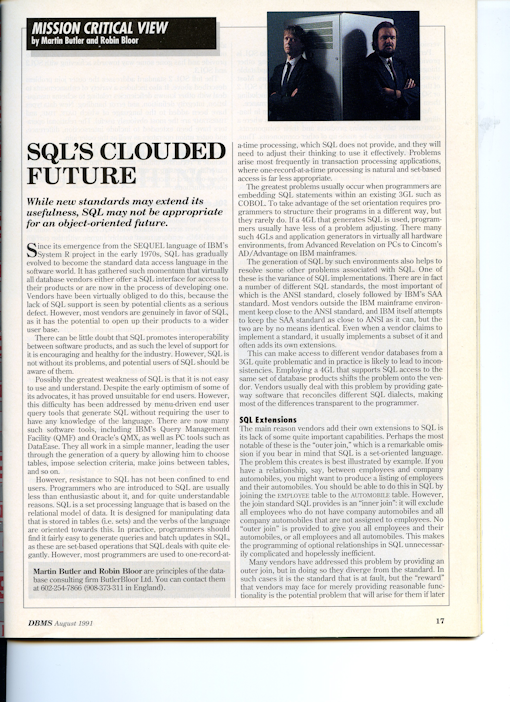 A good example of how a "dream tool" can become a nightmare through the passing years: 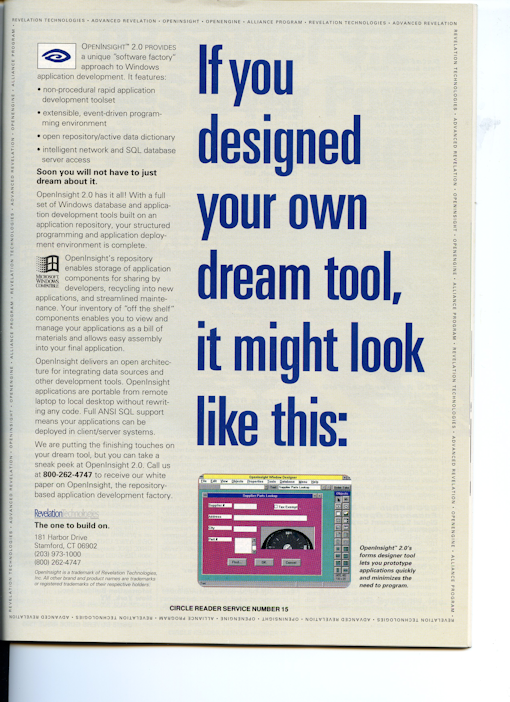 "The Most Powerful Database in the Windows World", which has to be tempered with the fact that the "Windows world" was still quite small at that time: 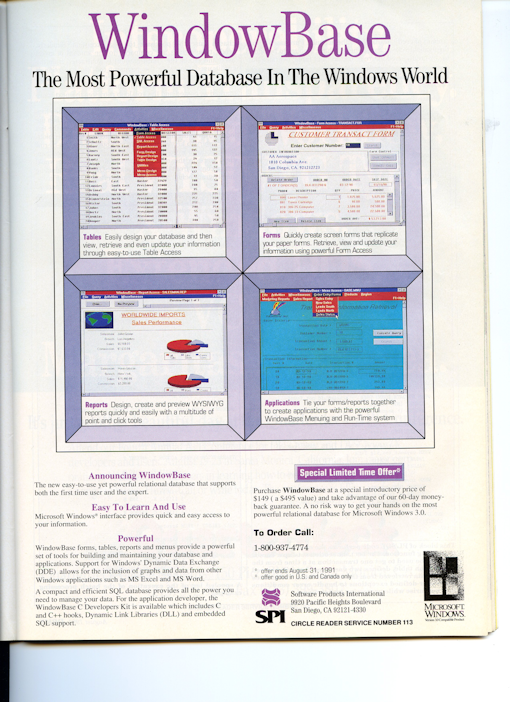 This was a state-of-the-art Windows interface back in 1993. A word to the wise, if your Windows application still looks like this, you need to update it: 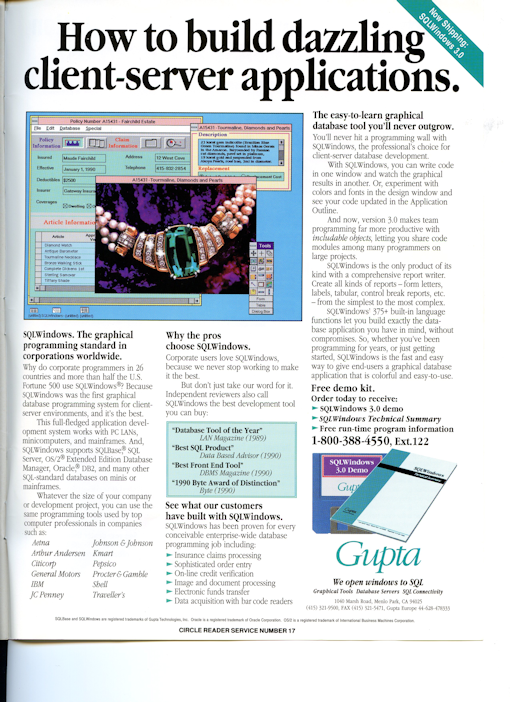 And finally, an old ad from Embarcadero Technologies: 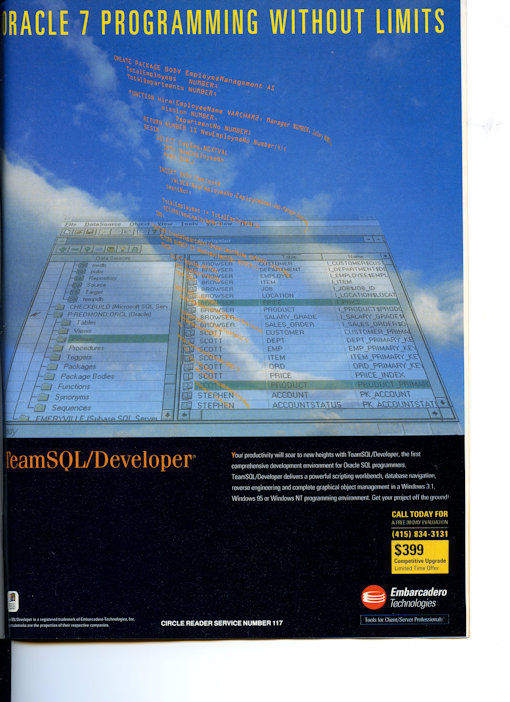