Where In The World Is...Our 2nd Entry

Posted by Sam Young on Mon, Apr 12 2010
Our second "Where In The World Is..." entry comes from Roy Lambert, of Lybster, United Kingdom.

"Sixteen years ago I bought a franchise to operate in Executive Recruitment or Headhunting. Their system consisted in a large part of a huge paper book into which you wrote the calls you were going to make. To quote their words, "calls you don't complete today are automatically transferred to the next day" . No matter how long I waited for them to transfer themselves I always ended up having to write the calls in on the next day myself.

Eventually I decided to investigate this new-fangled Windows 95 and bought Delphi 1 to develop with. If PICK had had a decent GUI front end I would probably have stuck with it.

Next stage was I experimented with a new way to lose money and took staff on and networked Techniques (anyone remember 10baseT ?). At this stage Techniques was essentially for in house use although I had sold a copy of copies.

I became fed up of my knowing more about my clients ongoing recruitment activity than they did and decided to write a small app to allow them to monitor what was going on. I was using Paradox/BDE but wanted something where installation would be easier so I became a DBISAM customer.

Techniques was then converted and BLOB has been modified vanished.

Techniques trundled along for many years having bits added, a new face pack applied etc and made me enough money to pay for the toys I bought along the way to keep developing.

About four years ago I decided that Techniques was a) showing its age, b) creaking at the seems and c) not doing some of the things I now wanted it to do. So I started a total rewrite. Partway through a colleague of mine suggested making it look prettier so I bought the TMS components, then Tim released ElevateDB and being a masochist I bought that as well.

Trying to convert a half written written from scratch rewrite of a major app to use new controls and a new database can be considered fun only by the seriously deranged. Naturally I enjoyed it (and am still doing so).

Along the way I ve knocked up a couple of little apps using ElevateDB (cheque book manager and dvd collection list), started on a couple of others (eg diabetic monitor) but TfR (as what was Techniques is now called) is the major piece of work ongoing."

We appreciate Roy including pictures with his entry, and encourage others to follow suit. We promise, it won't hurt a bit! 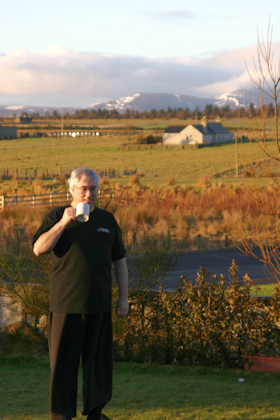 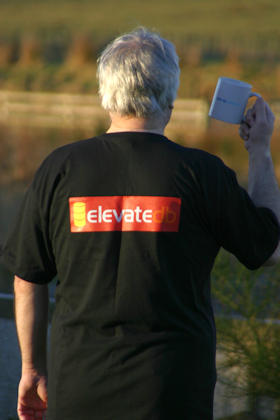